Baptism at Parish of
Woodlands-Wembley Downs 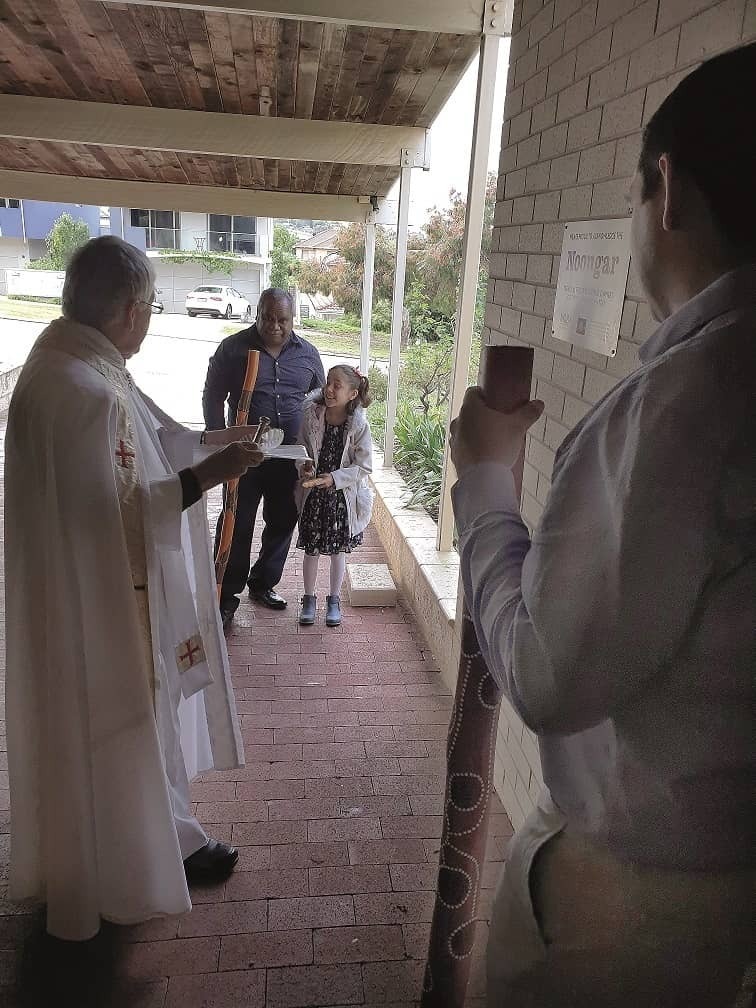 Baptism at Parish of Woodlands-Wembley Downs

Recently at St Paul's Church, Woodlands-Wembley two of the parishioners, Ellen and Josh Ah Wong, brought their baby Koa for baptism. There were are a series of happy co-incidences which made Koa's Baptism very special.

Ellen is the daughter of one of the Wardens, Bruce Pearce, and the granddaughter of the late The Revd Ron Pearce, who was once Rector of the parish. Josh's parents come from North Queensland where his father is a local Indigenous Elder, and they and members of Josh's family had come together with the Pearces to celebrate Koa's baptism.

Before the Sung Eucharist began a new Noongar plaque acknowledging the local Indigenous people was placed near the church front door and blessed. Then Josh and his father played the didgeridoos which Josh had made. It was a fitting introduction to NAIDOC Week which was to follow and also to baby Koa's baptism.

Photo: Josh with his father and niece