Letter from the Primate of the Anglican Church of Australia to the Minister for Foreign Affairs regarding Israeli unilateral annexation plans.

Minister for Foreign Affairs and Minister for Women Senator the Hon. Marise Payne
Via email: foreign.minister@dfat.gov.au

I write to you in my capacity as Primate of the Anglican Church of Australia to express our deep concern and urge the Australian Government to take urgent and appropriate action in regard to the new Israeli Government's plan for the unilateral annexation of the West Bank settlements, Jordan Valley and North of the Dead Sea after July 1.

I am aware that the National Council of Churches in Australia have written to you regarding this matter and I endorse their letter and encourage you to meet with them and leaders of the Middle Eastern churches as offered in their letter.

As a church we seek for the removal of oppression, the promotion of justice and reconciliation for all peoples.

We affirm the State of Israel and its right to recognised and secure borders. We affirm the right of the Palestinians to self-determination and the establishment of their own state.

The Archbishop of Canterbury and Cardinal Nichols of England have written to Prime Minister Johnson objecting "to any move by the Government of Israel to annex West Bank territory." In their statement they emphasised that they "unambiguously support the fundamental right of Israel's citizens to live in peace and safety but these prospects can only be secured through negotiation rather than annexation."

Appreciating the complexities of this matter, I encourage the Australian Government to join with the United Nations and other international governments in seeking a peaceful and long-term outcome. 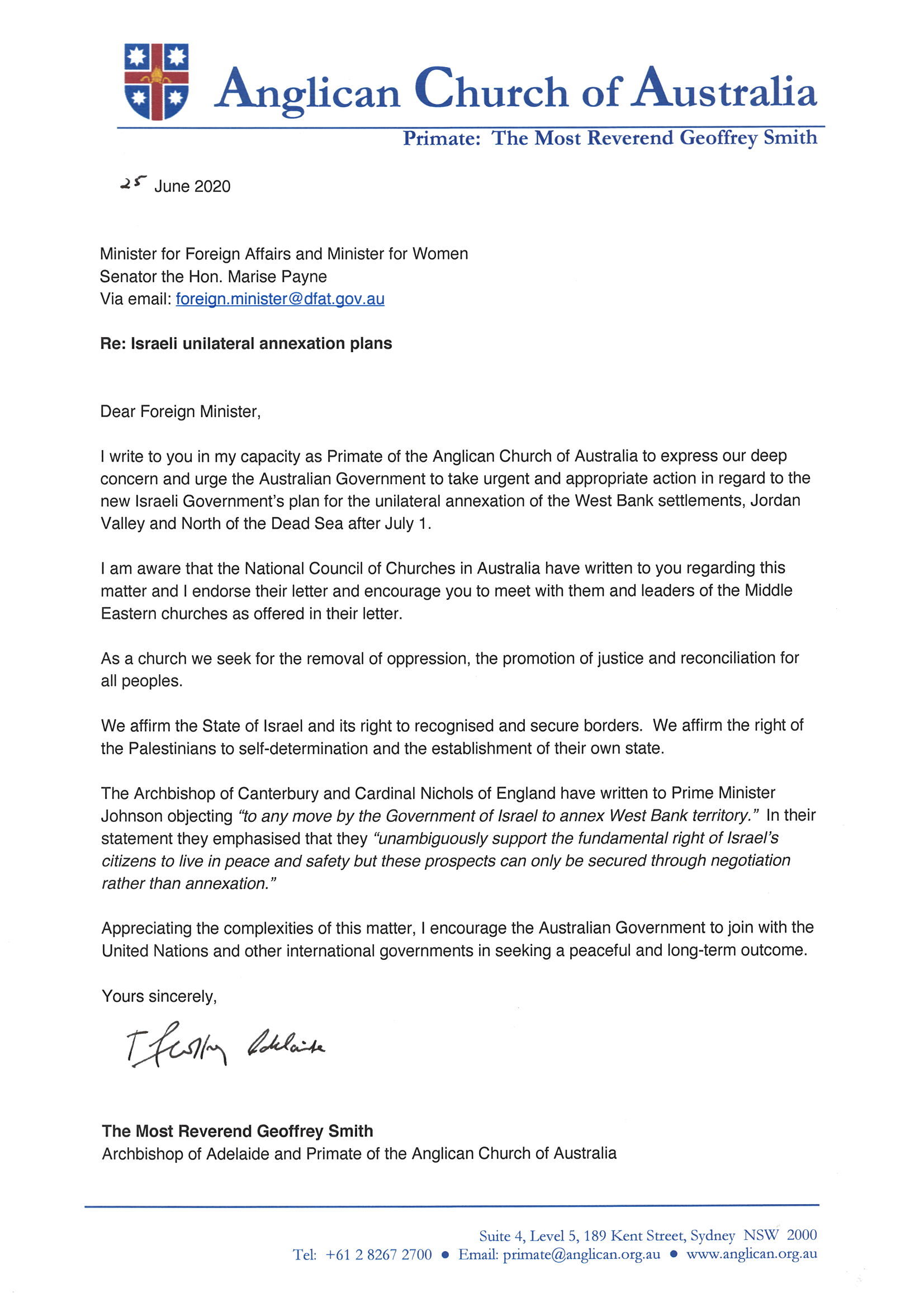