Ride Like A Girl would read like a racing fairy-tale. Yet its moral lies in understanding what actually kept a farm girl going.

It’s what scriptwriters call the story that tells itself.

A motherless girl from a poor home dreams of becoming a world-famous jockey. She perseveres through tragedy and near crippling injury and, with the help of her disabled brother, becomes the first woman to win the country’s most coveted race. Frankly, if it wasn’t true, Ride Like A Girl would read like a racing fairy-tale. Yet its moral lies in understanding what actually kept a farm girl going.

Played by Summer North, Rachel Payne is the youngest of ten children being raised by her widowed father, Paddy. Sam Neil is the archetype of a stubborn man used to backing longshots. As a trainer, he loves to see his kids involved in the family business, but shies from the idea of Michelle riding the most dangerous races. Racing has already claimed the life of one daughter and he finds Michelle’s determination difficult to accept. But as a school girl she insists her only place is in the saddle:

Interviewer: What sort of racer do you want to be when you grow up?
Michelle: I just want to win the Melbourne Cup.

Skip forward a dozen years and Michelle, now played by Teresa Palmer, is busy waking up before dawn in the hope of earning her chance. Even when a tragic accident threatens to dismount her for good, the goal of winning the Melbourne Cup and rewarding her disabled brother holds true. It’s that vision, even more than her victory, which transforms her story into modern-day myth. It’s also the element from which we can learn the most.

Ride Like A Girl highlights the proverb: ‘Aim at nothing, and you’ll hit it every time.’ In essence it reminds us it is our goals that will define us. They will tell you what you are prepared to put up with, what you will suffer, indeed what you will sacrifice. In Michelle Payne’s case her goal was lofty enough to trump her desire to eat, sleep and court approval. It made her strive against her weaknesses, but also work within her limitations. In a field equally ruled by skill and chance, she remembered her father’s words that in the race of her life not everything will be in her control:

‘Suddenly a gap opens [in the pack] and that’s God talking to you. And if you don’t listen to God, He’ll close that gap quicker than you can say your mother’s name.’

Life, seen through the lens of Ride Like A Girl, is a balance between striving for the right goal, but still knowing you’ll need help to get there. In Michelle’s case it is not just her skill but her family and the intervention of God that will see her become the first woman to win the Melbourne Cup. As good as that is, though, it made me wonder whether her goal was too small?

The Melbourne Cup may be the richest two-mile handicap in the world, but its pay-off is nothing like that offered by the Christian race. Those who race in the former compete for a glory that is fleeting. Ride Like A Girl is a thoroughly moving tale, yet it will only extend Michelle Payne’s glory for a comparatively little while. Yet those who strive for the Kingdom of God race for glory that will never fade:

The question is, though, if Michelle was prepared to give up so much, for so long, to gain what is essentially an empty cup, what is the crown Christ offers worth to you? 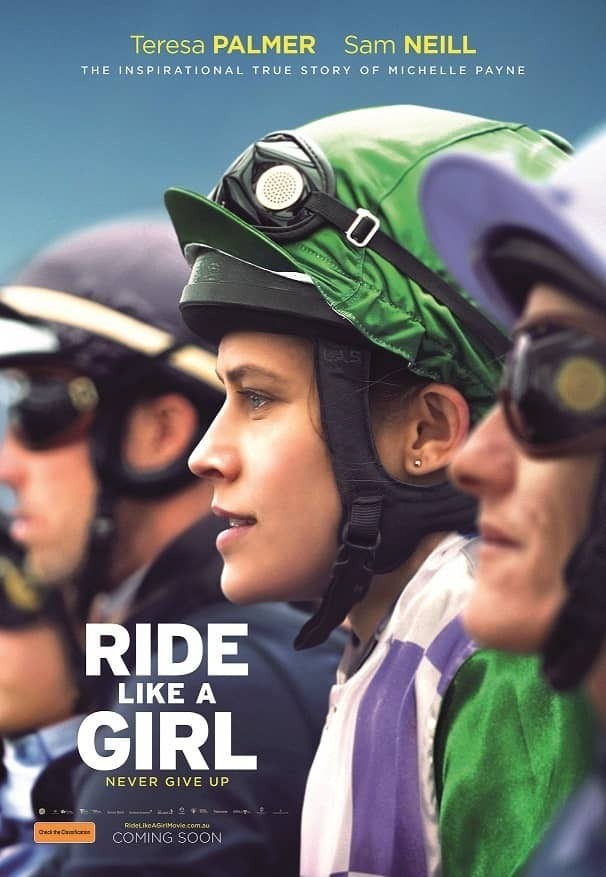