An article celebrating the Parish of Kalamunda, home of St Barnabas Church, an active community who have been reusing, repurposing and going local for 120 years. 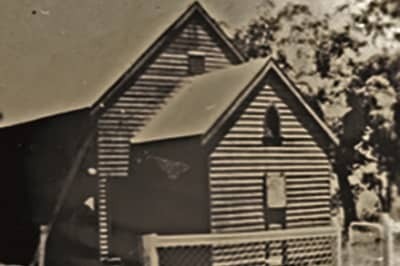 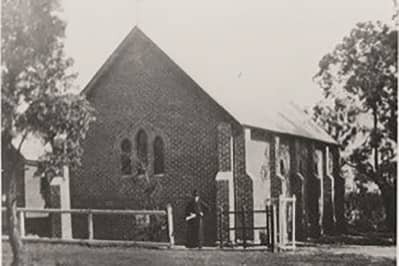 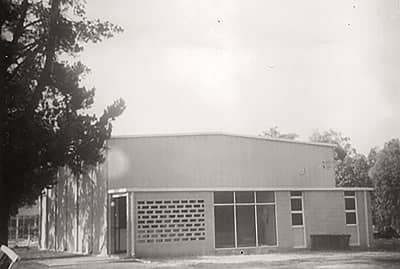 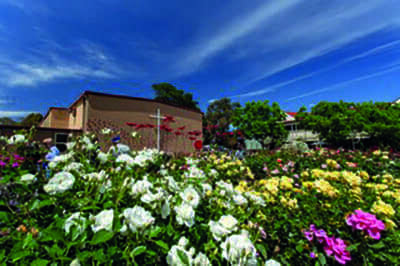 Situated on the edge of the Darling escarpment and almost directly above the airport, is the locality of Kalamunda, home of St Barnabas Anglican Church.

"Owing in great measure to the help which has been so generously given by the S.P.G., from the. Marriott bequest, and by the S.P.C.K., churches or mission halls have been built at Norseman, Picadilly, Kalgoorlie, South Perth, Midland Junction, St. Mary's (Colin Street, Perth), Bridge-town, Canning Mills, Gooseberry Hill, and Mundaring..."
Synod Charge West Australian (Perth, WA: 1879 - 1954), Tuesday 17 October 1899, page 7

"Anglican Church News. - Last Sunday, the Bishop of Perth officiated at Armadale in the morning and evening, and at Kelmscott in the afternoon. To-day he will open and license the new church at Gooseberry Hill, which has been erected under the direction of the Rev. C. E. C. Lefroy. This evening the Bishop leaves for Northam."
The West Australian, Saturday 16 September 1899

Before the building of St Barnabas, the faithful of Gooseberry Hill and surrounds met in the local school, the first school in the area. The priest from Guildford would ride his horse up the scarp and through the bush, to provide church services. Sometimes this was quite an adventure, as The Daily News reported in its 'Guildford Notes' column of 26 September 1896:

"Our local Anglican minister (the Rev. J. B. M. Chaplin) has been caused considerable annoyance and inconvenience by the loss of his horse. It appears that last Sunday afternoon whilst he was conducting the service at Gooseberry Hill, the animal broke away, in consequence of which the reverend gentleman had to "foot" it to Guildford – a long and tedious walk."

In 1963 a third building was consecrated a short distance from the brick church. This new building was constructed on repurposed railway land. The train line once ran from Midland, up to the Zig Zag to Gooseberry Hill, through Kalamunda and out to Canning Mill. The new church was substantially bigger with more extensive grounds. A new altar was built from local coffee rock, the lateritic rock of the escarpment.

The brick church remained in situ and has had new life as an ambulance hall, and then and now, as the local amateur dramatic society theatre.

The current St Barnabas has been extended and added to, and the grounds now house a rectory, parish office, and a large hall, with kitchen and meeting rooms space. The parish Op Shop occupies some of this space. The Op Shop recycles goods and clothing, provides items for repurposing, for example, buttons for the Poppy Project in 2018 and ties and scarves for the current sculpture project.

The Op Shop also collects particular items that other groups or not for profit organisations can use, as well as old clothing for rags and blankets for animal shelters.

The Hospitable Kingdom project is creating an illumination of the parable of the Mustard Seed from Luke 13:18-19, built as a multicoloured tree. The tree is constructed of leaves made from materials found in people’s sewing supplies at home, scarves and pashminas donated and collected, and men’s ties also donated by parishioners or sourced through the Op Shop. The tree design includes elements that reference: