Reflections on
Synods past

Reflections on Synods past

The room hums with activity, members of Synod mulling around, meeting up with their Church representatives, greeting friends, looking for seats, dipping into purple Synod bags, shuffling papers, arranging them on the desk in front of them. Up on the stage there’s a swish of purple cassocks, men in suits and the black clad Archbishop’s Chaplain. Behind them are two large screens, announcing the 2019 Synod; in front of them are microphones ready to relay considerations, opinions and instructions. Quiet gradually falls and Synod begin.

Outside is a beautiful spring day. A game of cricket is underway on the playing field near the college and young children are engaged in a myriad of sporting events on adjoining fields. Inside the college gymnasium members of Synod are testing their IT recording device handed out on entry and now hanging around clergy and lay members’ necks; “press A1 for yes, A2 for no”, and obediently we all do so. Technology is supplanting the physical counting of votes; it also guarantees privacy on how each member votes on contentious issues.

Over the past 50 years I’ve served several times as a Lay Synod rep for my local church, and have seen several significant changes in this time. My first time at Synod was in the early 1970s. I was in my twenties and remember being very much in a minority: young and a woman! The Lay membership of Synod was predominantly white, middle-aged Anglo men. The clergy too, were white, Anglo males: the ordination of women was many years away, yet there were some stirrings about women’s role in the church. I remember being questioned by a reporter from the ABC’s This Day Tonight program outside the Entertainment Centre where Synod was being held. What did I think about a woman’s role in the church? I replied that I thought men also could make tea and hand around the biscuits.

The Synods of the 70s engaged in the task of changing the language of the Australian Prayer Book to ensure that it was gender inclusive: mankind, he, his, father, brother: feminine nouns and pronouns didn’t get a look in. But this was to change, as the Synod, in spite of some spirited opposition, worked its way patiently through this text altering the language so that women, and men, were included. The question of ordination of women began to take up more time on Synod’s agenda. Members spoke for and against this, some bolstering their arguments against such a move by quoting from St Paul, others using examples of women in the past to support women’s ordination. The debate was lively, even heated, with some clergy threatening to leave the Anglican Church.

Now, looking around 2019 Synod, I note that women priests make up half – or near to half - of the clergy in this Diocese, and wonder what all of the fuss was about: all priests, servants of God, tending God’s people, bearing witness to God’s love no matter the gender. And up on the stage our Archbishop, The Most Reverend Kay Goldsworthy, is chairing the Synod, assisted by Bishops Kate and Jeremy.

We’re a much more multicultural bunch now, both clergy and laity. Although white faces still predominate, there is a fair sprinkling of Sudanese and Asian faces in this assembly and people with accents move and second motions. One thing has not changed, however, the lack of Indigenous priests and lay representatives at Synod. At the opening of Synod our leader expressed an acknowledgement to the Traditional owners of the land on which we are meeting and there are motions, which address Indigenous concerns, such as the Uluru Statement From the Heart, but there are few Indigenous representatives to speak on these matters. Perhaps at future Synods there will be.

Pressing issues concerning the wider society have been addressed in Synods over the past 20 years: the treatment of refugees, homelessness, concern for the environment. We’ve tried to become a ‘green’ Synod, but still have a way to go: too much paper, too many plastic drink bottles – but no plastic straws, thank goodness. I am glad that our Synod is concerned with such matters, that there is evidence of compassion, and fierce outrage of injustices in our society, reflected in the motions and discussions brought before Synod.

Synods in the early 21st Century have been caught up in the debate on same-sex marriage. Feelings ran high on this subject, and threats to leave the church were uttered, and at times fulfilled. The Anglican Churches not been exempt from the disgrace of child sexual abuse, and this too threatened to turn Christians away from the Church – and in some cases has. These issues have been discussed at length at Synods: Anglicans coming together to face up to the responsibility of what has occurred, to ensure such abuse does not occur again, and providing recompense for those who have been abused in Church institutions and by Anglican clergy.

The scope of each Synod is wide: some views and voices have remained unchanged over the years: we are a broad church. There is a realisation that our Anglican Communion is wider than individuals, wider than a parish, wider than one poet of view. We can worship and pray together; meet, discuss and debate in a civil manner, respecting due process. Voices are heard, differing points of view considered: we can agree to disagree and still remain united in this Anglican Diocese of Perth, bound together by a common belief in a loving God.

As I drive home on Sunday evening, I thank God for His grace and love, and for the opportunity to attend the 2019 Synod.

The annual Synod, or parliament, provides time for review and reflection of the mission of the church, and offers an opportunity for the Diocese of Perth to take counsel together. 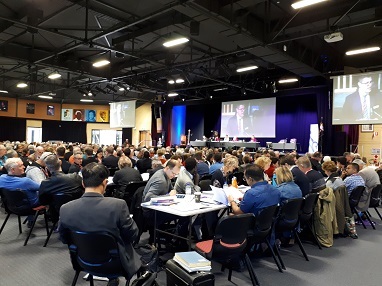 As we meet together at Peter Moyes Anglican Community School early October 2019, let us reflect that we are doing as disciples of our Lord have done from the earliest of times. 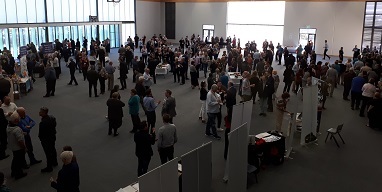 Giving young people a voice is a prominent feature in our ministry with youth. 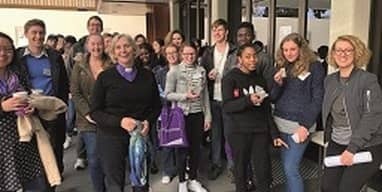