Education has always been at the core of the Anglican philosophy.

Since then, the Diocese has always made the provision of quality education a priority. The Diocese of Perth established the Anglican Schools Commission (ASC) in 1985 to provide Anglican families, and others, with ready access to affordable Christian education in the Anglican tradition. It recognised that existing independent Anglican schools, while offering excellent education and fine facilities, were beyond the reach of most people.

The Anglican Schools Commission (ASC) now has fourteen schools across Australia, offering co-educational, low-fee Anglican day schools that are socio-economically comprehensive, overtly Christian in emphasis and accessible to the disadvantaged and children with disabilities. There are 11 in Western Australia, two in country Victoria and one in the border district of New South Wales. Many ASC schools in Western Australia are known as ‘Anglican Community Schools’, ‘Anglican School’, or as ‘Anglican Grammar School'.

A Religious Studies Curriculum for Anglican Schools is available on either the ASC or WAASA website. 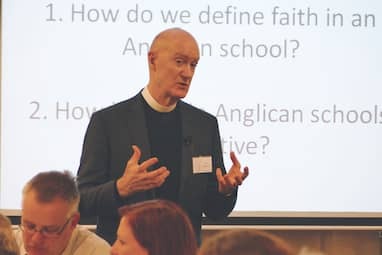