Advent is upon us and our schools are getting ready to ‘close up shop’ for another year. The closure of 2019 marks a truly significant time for the Anglican Schools Commission as our Board Chair, Mrs Barbara Godwin OAM, steps down after 35 years of service to the ASC and 45 years of service to independent schooling in Western Australia.

Barbara has served as Chair of the Board since 2008, but her ASC story started around the time the ASC’s story began. In 1985 Barbara was appointed Foundation Principal of St Mark’s Anglican Community School, the first of our ASC schools. Barbara established and developed St Mark’s until her retirement from the Principalship in 2002. She has served on our Board since 2006. 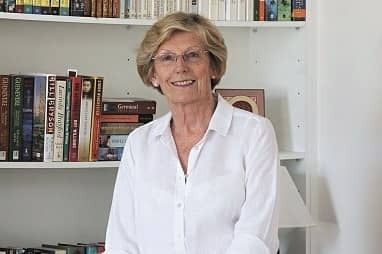 Today there are more than 50,000 young men and women attending low-fee Anglican schools across every state and territory of Australia. Furthermore, tens of thousands more boys and girls in other low-fee faith-based schools modelled on the St Mark’s ‘formula’ have benefitted since the late 1980s. No other individual has done more to bring affordable Anglican schooling to a wide cross-section of society than Barbara.

Through Barbara’s exceptional and visionary leadership, St Mark’s became not only the model for other low-fee Anglican schools across Western Australia, but also the model for low-fee schooling throughout the nation. This model involved keeping tuition fees low so that a wide cross-section of society could access quality faith-based schooling. Such a vision could only be achieved by carefully containing costs and re-introducing the concept of parental involvement in which all parents contributed a certain number of hours per year to the school (many based around their particular trade or profession), enabling the school to reduce staffing costs. This model has been adopted more widely since that time. Such a concept had the added benefit of ensuring that parents were directly involved in their child’s education.

On her ‘first retirement’ in 2002, Barbara wanted a break after her long and distinguished career as Founding Principal of St Mark’s, but it didn’t take long to lure her back to the ASC with an offer to join the Board.

In 2014 Barbara was awarded a Medal of the Order of Australia for her contribution to education and the Anglican Church. Earlier this year she was awarded Anglican Schools Australia’s highest recognition, being made a Life Member.

Words that come to mind about Barbara are these . . . wise, caring, insightful, committed, mission-driven, faithful, grammatically correct (always), patient, fun, family-centred, deeply principled, Anglican, a gifted public speaker, inspirational, energetic, loving. Her life and ministry of service truly embodies the biblical imperative for all Christians to love and serve their God and love and serve their neighbour. Barbara is an Anglican through and through. Her faith underpins her decision-making, it underpins her life and sits at the heart of who she is. She deeply cherishes the richness of the Anglican tradition, Anglican reason and Anglican worship.

The ASC family joins the Diocesan family to say thank you to Mrs Barbara Godwin OAM for being a good and faithful servant to schools and the church in Perth for 45 years. We wish her a long and happy ‘second retirement’.

To all in our schools and beyond, I wish you a blessed Christmas full of joy and wonder, and a New Year which brings renewal, hope and opportunity for you and those you love.

More about the Anglican Schools Commission