The Anglican Diocese of Perth were privileged to be part of the official opening of the Stan and Jean Perron Child Advocacy Centre, which took place on Monday 21 October at 1 Watertank Way, Midland.

Parkerville Children and Youth Care’s first Child Advocacy Centre, the George Jones Centre, was opened in Armadale in March 2011, and since then some 20,000 children, young people and families have accessed services at the Centre.

In 2017 Parkerville Children and Youth Care purchased land at the historical Midland Railway Workshops with the plan to build a larger Centre that would be shared with other agencies.

The Centre will co-locate child abuse professionals from different Government and not-for-profit organisations and provide child-focused, integrated, and coordinated community services to families and children which are visible and accessible.

We were welcomed to country by Elder, Nick Abraham. Invited guests included:

CEO Mr Basil Hanna celebrated the opening of the Centre and thanked the generosity of benefactors, especially the Perron Foundation and Lotterywest, as well as many room donors and those who had ‘bought a brick’.

The Chairman of the Board, The Hon Wayne Martin AC QC, spoke of the continued growth devastating effect of child abuse, with 1 in 4 girls and 1 in 6 boys being abused before the age of 18. On a positive note, he was delighted that the Centre was being shared with WA Police, Department for Child Protection and Family support, Ngala and Raphael, Wanslea Family Services and Yokai.

Archbishop Kay gave a blessing, asking that the staff be blessed in their difficult work as they sit and listen to parents as they seek support, and to the children and young people that they may find healing and hope for the future.

The ribbon was cut by Chairman of the Board, The Hon Wayne Martin AC QC; with assistance from Archbishop Kay Goldsworthy and Chief Executive, Basil Hanna.

Guests, including parishioners of the Church of the Ascension, Midland, enjoyed refreshments and a guided tour.

Parkerville Children and Youth Care provides services for children and youth in need. 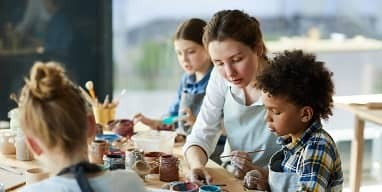 The Anglican Church in Western Australia continues to be a strong and visible presence in the community, and has been for over 150 years. 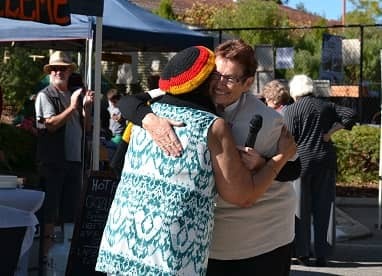