The focus for the house has always been to create a family environment for the boarders to feel ‘at home’ rather than staying in an institution. The outcome of this is due to the hard work and placement of staff within the house, looking after particular pastoral care needs.

The staff consist a House Mother, whose job is to check in with the boarders throughout the afternoon and after the events of the school day. Our Prep Supervisor ensures that all boarders are achieving to their possible best and keeping an eye on their academic success. The Recreation Officer ensures that the boarders are able to make the most of Esperance, be that organised sporting commitments or trips to the local beaches, national parks and shops.

These three important roles cover a broad spectrum of how we support the boarders at McVay House and aligns with Esperance Anglican Community School’s mission: To educate the whole person – in mind, body and spirit. However, one of the most influential roles within the house is our Gap Student.

McVay House utilises two Gap Students each year for the Letz Live program, which is a program that recruits and organises placements for potential Gap Students from other countries, such as South Africa, United Kingdom and other parts of Europe. At the house the Gap Students, or Gappies as they have fondly become known as, are considered as an older brother/sister role within the house, which to the advantage of the boarders being closer in age, allows them to communicate serious concerns without the perceived judgment coming from a senior staff member.

The overall energy within the house is positively charged by the addition of the Gappies, often creating impromptu activities for the enjoyment of all and engaging the boarders in some activities that they may not normally attempt. The Gappies also have the opportunity to help with some school-based activities if they show interest in a particular area. This year one of the Gappies heads out with Year 8 Aquatics to assist the Physical Education Department.

McVay House has been using the program for four consecutive years now, with great success. 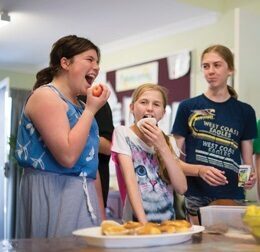 Our location on the doorstep of one of the world’s most beautiful natural playgrounds allows our students to pursue their interests, enjoy their individual talents and embrace the outdoor lifestyle that is central to the identity of what it means to be a country kid. 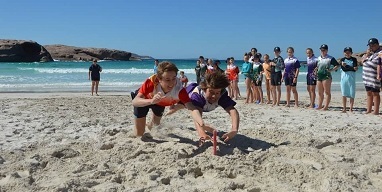