Parish of The Goldfields:
Making a Positive Impact

There are things that I’m not sure if I will ever get used to about Australia, the most obvious one is the vastness. Coming from a country where I can drive from one side to the other in just over two hours, it still amazes me that 600km later I'm still drinking water that is pumped from Perth!

I wasn't sure what to expect when Elizabeth Smith initially invited me to come and see Kalgoorlie. Having studied geology a long time ago at university, I was genuinely excited to be going to the home of the legendary ‘Super Pit’.

On the flight, I remembered how my lecturers had described what life in a mining town was like and how it wasn't always a place you would want to live never mind raise a family.

With this in mind, I thought I was mentally prepared for what I would find on my trip out east. Having worked in numerous areas of need and deprivation in Northern Ireland, I thought I knew what to expect. But after being there for only a short time, I was surprised how familiar it felt and how ingrained the Church was into the fabric of the town.

Like several other Anglican parishes, the worshipping community is small. But when you look at the impact this little congregation is having in the broader community, especially regarding children and families, it's undoubtedly punching above its weight!

During my time in the Goldfields, I heard stories from the Anglicare Locality Manager of how the parish plays its part in supporting and advocates for the needs of young people and their families in a range of ways in the community. I also heard how the parish practically supports some of the local schools by providing them with essentials that many of us take for granted.

One of the highlights was spending time with the Friday night church community who ranged from young to old. Although small in numbers, it was clear that God was present with us as we reflected on those local saints who had gone before us and how they had lived lives that were empowered by faith in Christ.

The lasting memory I have from this trip is how a small parish with limited resources is making such a positive impact. Kalgoorlie might not be at the top of everyone's top five holiday destinations, but it might be if you wanted to see how the church can be a real beacon of hope in the community that surrounds it, especially when families are present.

Mark is always available to support you or your parish by simply making contact with the ACYM office on +61 (08) 9425 7278 or info@acym.perth.anglican.org

Anglican Children and Youth Ministries Commission actively supports clergy and lay leaders in the area of children’s and youth ministry. 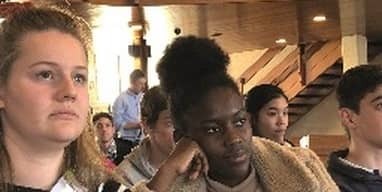 Please come and pray, learn, worship, care and be cared for with us. Visit the Southern Cross Anglican Op Shop. 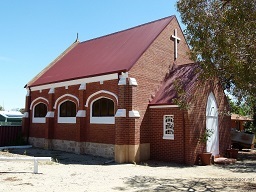 We call it ‘the great Australian salute,’ the windscreen-wiper-action hand gesture we all use, trying to wave them away.