Many churches worldwide celebrate September as the Season of Creation. It has become a month to focus on care for God’s creation through focused worship, liturgy, consciousness raising and practical action.

As Anglicans, we have been doing this for some time now. The Anglican Communion Environmental Network was formed in 1999, around the same time other western churches started similar endeavours. The EcoCare Commission was created by Synod in 2006 and, as part of the Season of Creation, we have produced our annual Sustainable September resources for nearly a decade.

The Orthodox of course, beat us all to it, with Patriarch Dimitrios proclaiming 1 September as a day of prayer for creation back in 1989. We can however be forgiven for thinking that even he was coming to the party a bit late. The United Nations Conference on the Human Environment was held in 1972, the first Earth Day celebrated a couple of years earlier in 1970 and Greenpeace formed in 1971.

It is arguable then that the churches are responding to changing attitudes within the secular world rather than leading the way in the Care for God’s creation. This response is a very good thing and the churches have, by and large, embraced care for creation as a major aspect of Mission. It forms the Fifth Mark of Mission of our Anglican Communion, 'To strive to safeguard the integrity of creation, and sustain and renew the life of the earth'. This Fifth Mark is the rationale for the existence of EcoCare in this Diocese.

There are many wonderful secular responses to environmental degradation and sustainability. We have experienced one just recently with the banning of single use plastic bags. So, does EcoCare exist to simply add much needed energy to those endeavours, or are we called to something else? What unique insights, and vision could we bring to the table?

God provides the answer through revelation by reminding us of our foundations. In the Book of Genesis God famously declares Creation as good. Everything, from the tiniest spore of fungus to the great, overwhelming panoply of galaxies that surround us – all created, completely out of exuberant love, by God as his ‘good creation’.

Scripture then does not reveal humanity as a disconnected observer in the world. It does not even reveal us as connected to the world. It says boldly and clearly that we are formed of the world, as part of creation, as part of the land. And this is what we, as Christians, can bring to the environmental understanding of the day.

The environmental movement is becoming very good at articulating how we as humans can, should and must respond to the ongoing degradation of the earth. Yet this is still a paradigm of us – humanity – responding to and acting upon, the earth, no matter how connected we feel to it.

Christianity challenges and dismantles that paradigm – we are of the earth, we are part of the seamless tapestry of the unknowable economy of Creation. Here in Australia we are blessed to learn this truth by listening to the voice of our aboriginal sisters, brothers and companions who have lived it for 60 000 years. Former Archbishop of Canterbury Rowan Williams puts it like this:

Renewing the face of the earth, then, is an enterprise not of imposing some private human vision on a passive nature but of living in such a way as to bring more clearly to light the interconnectedness of all things and their dependence on what we cannot finally master or understand.

The first concept here, radical interdependence, is now a key concept in modern ecology. Its ramifications and outworking’s are only just being fully explored. To this crucial awareness of interdependence, Christianity adds and insists upon radical dependence. Dependence on the One who is both immanent and transcendent, beyond even this 90 billion light years span of space, full of galaxies, stars, planets, comets, mountains and lakes and each one of us. 'For the Creation waits with eager longing for the revealing of the children of God' (Romans 8:19).

Creation, the environment, the earth herself is inextricably linked with humanity’s growth into the likeness of God. This means you and me and everyone we know. As Rowan Williams reminds us we cannot fully understand this mysterious economy of salvation; but we trust that as we participate more in the life of God, creation itself is affected by that participation.

These insights – ourselves as created beings within creation, our participation in God affecting creation, and our continuous dependence on a God who brings all into being at every moment – these are great gifts we can bring to the broader environmental movement.

This is the role of EcoCare and we will be sharing these insights as we connect more deeply with those outside the church working for the renewal of the earth. This is part of our mission, which is a mission that is shared by everyone reading these words. Because we all have the same Mission, received in Baptism. EcoCare focuses on one Mark of Mission, but we all share this One Mission, as we are One Church.

We are committed to responsible stewardship of God's creation........

The Anglican EcoCare Commission is the environmental advocacy and education body for the Diocese of Perth, created to pursue the Fifth Mark of Mission. 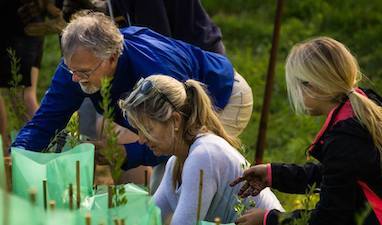 Sustainable September is a month-long exploration of sustainability at St George’s Cathedral. 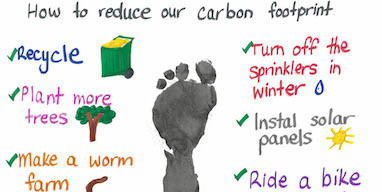 We are proud to belong to a diocese that considers the environment integral to the life and mission of the Church. 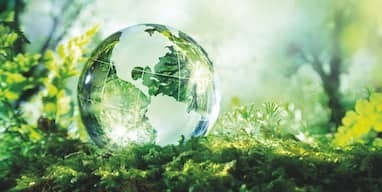