John Ramsden Wollaston was born on 28 March 1791 at the Charterhouse School in London, the eldest son of The Revd Edward Wollaston and his wife Elizabeth (nee Ramsden), then a master at the school and Rector of Balsham in the Diocese of Ely.

He was baptised in the school Chapel on 8 June 1791 by his maternal grandfather, The Revd William Ramsden. He was educated at that school and at Christ College Cambridge, attaining his MA in 1815.

He was made Deacon by the Bishop of Ely on Sunday 27 March 1814 in St James’s Church Piccadilly and was licensed as Curate in his father’s parish at Balsham, receiving the princely sum of £80 per annum as stipend.

He was ordained Priest by the Bishop of Exeter on 28 May 1815, later became Curate of Elsenham, curate of Wrotham and in 1825 Perpetual Curate of West Wickham.

Wollaston decided to move to the Swan River Colony in order to make better provision for his sons and he arrived at Fremantle on the ‘Henry’ on 20 April 1841 with his wife and five of his seven children.

The little wattle and daub church at Picton was built by him, his sons and others and was opened on 18 September 1842. He described this day in his diary as being the 'most important event of his life'.

In October 1842 he was gazetted as a Colonial Chaplain and began to receive a stipend of £100 per annum - he had not been eligible prior to this because there was no church building in which he could officiate. He stayed in the district, living at Picton from 1841-43 and in Bunbury 1843-48, pioneering the church’s work in Bunbury and the Vasse, until Sunday 9 July 1848 when he became the first resident priest at Albany.

Bishop Short appointed him as Archdeacon in 1849, and it was largely due to his insistence on the need for a Bishop that the appointment of Bishop Hale to Perth was made in 1856. His visitation journeys were made at Michaelmas 1850, Whitsuntide 1851, Easter 1853, January-February 1854 and January-February 1856.

In December 1847 two of Wollaston's sons were in the party that marked out the road from Bunbury to Williams. There are references to George in Tjeiringa by M and B Nosworthy published by The Sheringa History Committee 1985, and to his son Tullie in Opal Men by P Vin Wake published by Rigby 1969.

Wollaston died on 3 May 1856 and his remains were buried in the cemetery on Middleton Road, Albany, with Henry Camfield officiating. The original tombstone bore the words of Psalm 116 v15: 'Precious in the sight of the Lord is the death of his saints'.

Obituaries were published on page 2 of The Inquirer on 14 May and on page 2 of the Perth Gazette on 16 May. His widow and daughter left on the ‘Augusta Kaufman’ on 24 December 1856 bound for South Australia.

A marble plaque on the walls of St John’s, Albany, commemorates his ministry as well as a stained-glass window and there is also in that Church the silver Communion Plate which he used. Streets in Albany and Armadale and another in the immediate vicinity of the Wollaston Theological College were named in his honour. In the Picton church there is a plaque and, in the church yard, a memorial stone cross: another plaque marks the site of his house. The John Wollaston Anglican Community School at Westfield is named in his honour as is the Anglican Homes’ 'Wollaston Court' in Albany.

On 28 September 1982 he was proclaimed as a local saint and hero of the Diocese of Perth, and similar proclamations followed in the Dioceses of North West Australia and Bunbury before the Provincial Synod of WA made the Promulgation on 23 February 1984.

He is commemorated on 18 September in An Australian Lectionary (Calendar - A Prayer Book for Australia).

Prayer
Almighty and everlasting God,
we thank you for your servant John Ramsden Wollaston,
whom you called to bring the gospel
to the people of Western Australia:
raise up in this and every land
evangelists and heralds of your loving reign,
so that the whole world may know
the unsearchable riches of our Saviour Jesus Christ;
who lives and reigns with you and the Holy Spirit,
one God, now and for ever. Amen. 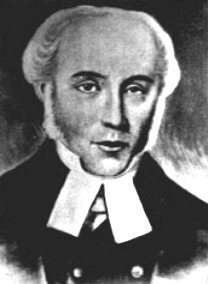 John Wollaston is a Pre-Kindergarten to Year 12 co-educational Anglican School in Kelmscott. 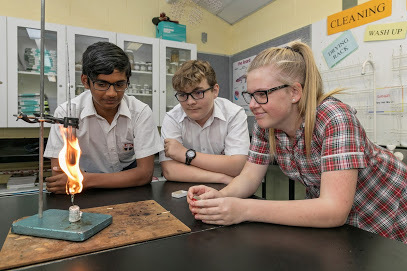 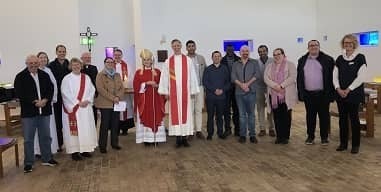 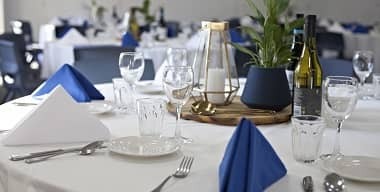