Bishop Brian Kyme will be remembered for a ministry which was as varied as it was widely spread from one side of the country to the other, and equally as impressive for the essential quality of its integrity, good humour and common sense, informed by a faithful and steady commitment to Christ and the well-being of his Church.

Brian trained for ministerial priesthood at Ridley College, Melbourne, and graduated with a Licentiate in Theology with honours from the Australian College of Theology in 1956. He was admitted to the diaconate in Melbourne in 1958, and ordained to the priesthood in 1960. He then served Curacies in the well-established suburban parish of East Malvern (1958-60), the new area parish of Glenroy (1960-61), and in the industrialized country at Morwell in the Diocese of Gippsland (from 1961-63). This was followed by his first incumbency, back in the Melbourne Parish of Ashburton. The impressively successful, reliable and well-organized exercise of priestly ministry that came to be his hall-mark rocketed him to appointment as Dean of Geraldton, on the other side of the country, in 1969. In 1974 he then came down to Perth to be Rector of the Parish of Claremont (1974 to 1982). He was collated as Archdeacon of Stirling in 1977.

In 1982 Brian accepted appointment as Assistant Bishop of Perth, with oversight of the Northern Region. After the Diocesan Partnership-in-Mission Consultations which followed a recommendation of the 1988 Lambeth Conference, an exhaustive round of meetings in Parishes, Deaneries, and Archdeaconries, led the Diocese to the corporate decision that Assistant Bishops should not only reside within their regions, but also work from offices located squarely within them. Brian tackled the pioneering work of setting up the Northern Region Episcopal Office at Beechboro. This diocesan strategy was designed to facilitate a hands-on and aggressive approach to the challenges of mission, given the fast-expanding suburban growth that Perth was at the time experiencing. Clearly, this was a task that could only be met by an increase of delegated authority and local autonomy, which marked an important transition from Assistant Bishop to Regional Bishop in a ministry exercised in close tandem with the expert resources of the Department of Parish Planning and Development.

As it turned out, the Northern Region Office was established by Brian on the campus of a former private school, which had failed financially and had recently been purchased by the Anglican Schools Commission so as to become incorporated into the John Septimus Roe Anglican Community School. Apart from providing a base for spearheading the Church’s outreach in terms of parish development in the fast-growing northern suburbs of Perth, this educational connection appeared to be a perfect fit for Brian. Earlier in life he had completed a Diploma in Religious Education of the Melbourne College of Divinity (1958). This educational interest was picked up as he took an increasing concern, not just with the education of children, and in the Christian education of adults, but in his own continuing education. He studied for a Bachelor of Arts degree at the Western Australian College of Advanced Education, graduating in 1989; and became a Member of the Australian College of Education in 1991.

The pastoral and administrative challenges of Perth’s northern suburbs equipped Brian well for the next phase of ministry in the National Church, back on the East Coast in Sydney, where he took up the post of National Director of the Australian Board of Mission in 1993. When Brian arrived at his new post, this missionary body was actually still called the Australian Board of Missions (in the plural) – ie, with a focus on providing support in terms of finance and missionary personnel to our overseas missions. Under Brian’s leadership the emphasis changed from a set of tasks inherited from Australia’s nineteenth century colonial past, to a focus on the Mission of the local Church wherever the Church may be - hence, the Australian Board of Mission (in the singular). Instead of servicing ‘our overseas missions’ it became a matter of supporting indigenous local Churches in their mission. Clearly, this national work was of a piece with his spearheading of the mission of the Church in Perth’s northern suburbs, which further broadened his perception and deepened his thinking in relation to the theology of mission.

On his return to Perth from Sydney in 2000 he became Episcopal Assistant to the Primate and Regional Bishop of the Central Region, and was highly esteemed and appreciated in both those commitments. During this time Brian also once again pursued his educational interests with a vengeance. From 2000 to 2006 he served as Deputy Chair of the Anglican Schools Commission, and from 2002 began also as Chair of the Diocesan Multicultural Ministry Committee, which was designed to spearhead ministry across boundaries of ethnic and cultural diversity. In 2005 he graduated with a Master’s Degree from Edith Cowan University, the thesis of this research degree being entitled ‘Six Archbishops and their ordinands: A study of the leadership provided by successive Archbishops of Perth in the recruitment and formation of clergy in Western Australia 1914-2005'. These educational interests then continued beyond his own retirement when he became Director of the Institute of Anglican Studies at St George’s Cathedral.

Brian married Doreen at Christ Church, Warrnambool, on 15 April 1961. It was raining that day, but as Doreen says, ‘I think we didn’t notice it much'. With her own superb gifts of pastoral care for people and concern for issues of social equality, Doreen became Brian’s steadfast partner-in-ministry as together they built a warm home and close-knit family, even as they zig-zagged across the country in response to the various calls to ministry that they received. Those of us who were welcomed to their table were privileged to know the generous and elegant hospitality of their successive homes.

Brian was certainly a man of many parts, with a wide range of educational, pastoral and missional interests. While committed to the continuing adult education of others, he also tapped his own writing skills, and in 2007 published The Wollaston Legacy, which he co-authored with Fr Ted Doncaster. For a few months in 2005-2006 he was even Acting Registrar of the Diocese of Perth. He formally retired, and pursued a more occasional commitment to ministry with the Archbishop’s Permission to Officiate in 2006, while enjoying life also as a member of the worshipping congregation at Subiaco.

Brian is survived by his wife Doreen, their children Hilary and Stephen, and their spouses Jeremy and Susie, and grandchildren Eliza, Fraser, Julia, Roly, and Gus. We will all miss him enormously as we commend him to the everlasting arms of the God of Love. 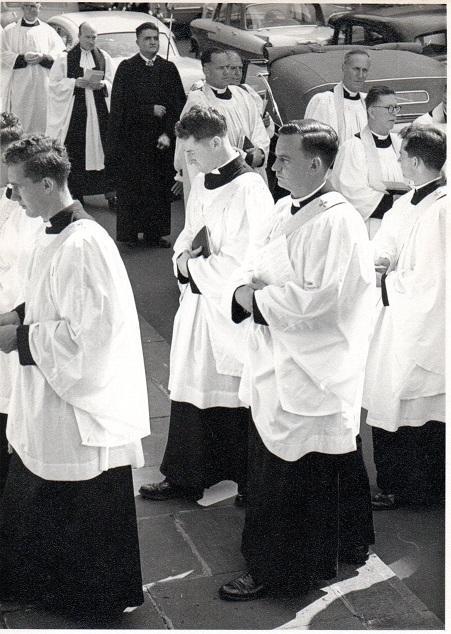 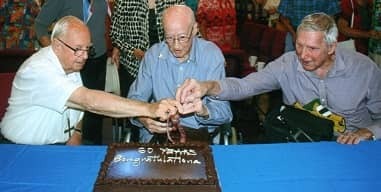 The key to Brian’s ministry was that he made the ordinary special. 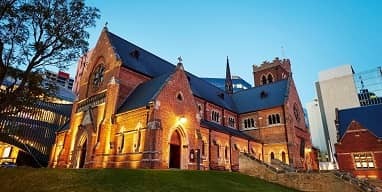