by The Revd Gillian Rookyard | Rector | Parish of Kingsley North-Woodvale

by The Revd Gillian Rookyard | Rector | Parish of Kingsley North-Woodvale

I once had a remarkable opportunity to join a Palm Sunday procession through the dusty streets of an informal settlement on the outskirts of Johannesburg. Throngs of residents joined us as we walked, the swell of singing becoming louder as more people joined in. I was struck by the way these faithful people, living in deplorable circumstances through abject poverty, worshipped from the very core of their being, lifting high their banners and branches, withholding nothing of themselves from the God to whom they gave their complete and heartfelt praise. The atmosphere was something I had never experienced before, making our earlier ‘hosannas’ seem rather pale and insufficient! Theirs were ardent and strong, almost desperate.

I was reminded of this experience recently when I discovered that the word means something a little different to what I have always thought. I understood ‘hosanna’ to be a word of exultation, a ‘We adore you!’ Jesus, or ‘We praise you!’ And while we use it in that way now, it originally meant something less adulatory and more desperate. Less generous and more demanding. It meant, ‘Save now!’ or ‘Please save!’ – a mighty echo of those faithful Christians singing out to their God! This was a sentiment that came readily to the lips of the Passover crowds eager to receive and welcome their longed-for Messiah. In their compelling book, The Last Week: What the Gospels Really Teach About Jesus' Last Days in Jerusalem, Borg and Crossan describe two processions entering Jerusalem on that first Palm Sunday.

Every year during Passover, the Roman governor of Judea would ride up to Jerusalem from his coastal residence in the west. He would come in all his imperial majesty to remind the Jewish pilgrims that Rome demanded their complete loyalty and submission, and to curb any would-be trouble that might arise while the Jewish people celebrated their liberation from an earlier empire. Pilate clanged and crashed his way into Jerusalem, complete with ‘cavalry on horses, foot soldiers, leather armour, helmets, weapons, banners, golden eagles mounted on poles, sun glinting on metal and gold’.

Meanwhile, Jesus approached from the east on ‘the most unthreatening, un-military mount imaginable: a female nursing donkey with her little colt trotting along beside her’. He would be the nonviolent king who entered defenceless into his kingship. ‘Hosanna! Please save!’

According to Borg and Crossan, Mark’s account of this event encourages us to consider Jesus’ entry into Jerusalem as a planned counter-procession to that of Pilate’s imperial parade; a deliberate parody of the conquering emperor entering a city on horseback through gates opened in hopeless submission. Jesus riding on a donkey, with his face set ‘like flint’ towards Jerusalem, revealed again that his would be a rule of love, humility, and sacrifice. It was a visual demonstration of the coming of God's kingdom of peace, justice and radical freedom; a kingdom dramatically unlike the oppressive and violent empire he challenged on that first Palm Sunday.

There wasn’t room in Jerusalem for both processions, both kingdoms. Their clash set in motion the events of that last week – Holy Week.

Stallion or donkey? Parade or protest?

I wonder which we will choose. 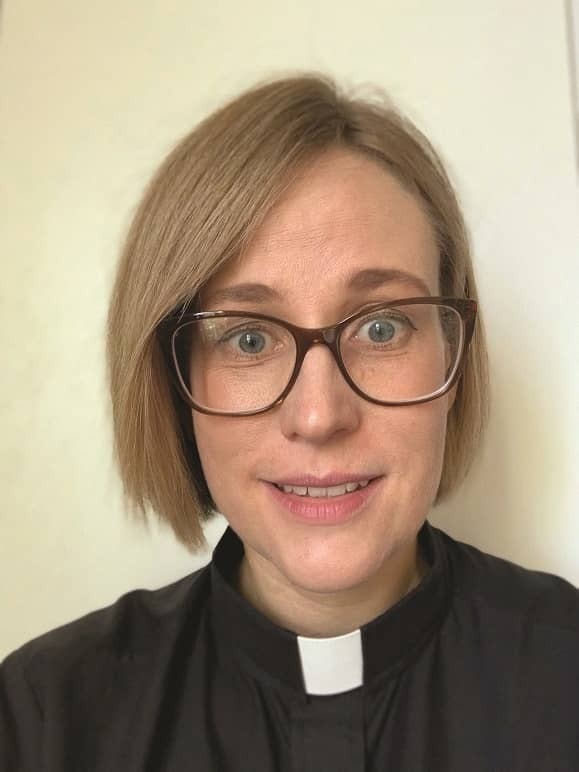