Power within Anglicanism often resided with the laity. Since 1534 the Supreme Head of the Church of England was a lay person, the English monarch. By the eighteenth century the royal supremacy had transmuted into parliamentary supremacy over the Church, but MPs had to be Anglicans, so Parliament was a sort of quasi-synod.

Synods in Anglicanism were first inaugurated in the Episcopal Church of the United States after independence in 1783 when the governing body was formed as the General Convention. This body has evolved to meet every three years in two houses - bishops (including retired bishops) in one house, and clergy and laity together in the second house (four of each from every diocese). This constitutional arrangement continued the power of the laity who, through most of the eighteenth century had successfully kept a bishop from being appointed in North America lest there be a rival authority to their own dominance in the parishes. 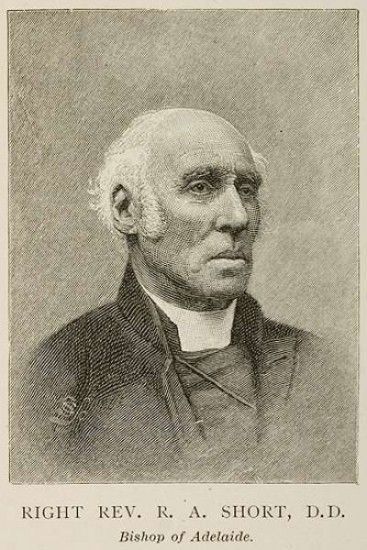 In global Anglicanism beyond the USA synods as most Anglicans know them today - three houses of laity, clergy, and the diocesan bishop as a house on his/her own - was a development motivated by the High Church anti-Erastianism of Bishop Broughton of Australia and Bishop Selwyn of New Zealand. They recognised that the royal supremacy (in effect, the government of the day) had passed its use-by date. Non-Anglicans were enfranchised and entitled to sit in the British Parliament from 1828, and so began Anglicanism’s journey away from state control to becoming a self-governing denomination.

In New Zealand Bishop Selwyn was determined his Church would be as self-governing as its Wesleyan and Roman Catholic rivals. Selwyn, who arrived in New Zealand in 1842, called his first synod of clergy on his own episcopal authority in 1844. He wanted, he told friends in England, ‘to try what the actual system of the Church of England can do, when disencumbered of its earthly load of seats in parliament, Erastian compromises, corruption of patronage, confusion of orders, synodless bishops, and an unorganised clergy.’

A second synod was called in 1847, and the first General Synod, involving laymen, in 1859. Across the Tasman Sea, Bishop Broughton climaxed his increasing anti-Erastianism by calling a conference of Australian bishops and Bishop Selwyn in 1850. The Australasian bishops agreed to synods of bishops and clergy deciding matters of discipline, doctrine, and worship, with concurrent conventions of laymen involved in temporal matters. It was not until 1855 that the first diocesan synod in Australia - Adelaide - was inaugurated. Other dioceses followed in the 1850s and 1860s, and a rather weak General Synod in 1872. In England
diocesan synods only began in the 1880s.

It is clear that a number of factors impeded the development of synods in Anglicanism. There was an attachment to Erastian control by the British government; clergy anxiety about involving laity in matters of theology and doctrine; and Evangelical belief that the state connection was a safeguard against Anglo-Catholicism.

What all these nineteenth-century Anglicans took for granted, though, was that laity meant laymen. It was not until the twentieth century that lay women could take their place in synods. After the 1920 Lambeth Conference called for female participation at all levels of Anglican government, the Church of England was the first to do this in 1920 at the newly-created General Assembly.

In Australia, female synod representation varied from diocese to diocese. They were admitted to the Adelaide synod in 1946, but not in the Diocese of Sydney until 1972.

Image
Body: The Right Reverend R A Short D.D. - Augustus Short was Bishop of Adelaide from 1847-81 and called the first diocesan synod in Australia in 1855

Top: Some members of the First Session of The Nineteenth Synod of the Diocese of Perth, October 1925. Photograph donated to the Diocesan Archives collection by Pamela Sherwin.