Our principal source of governance is provided by Synod,
and we conform to policies, canons and statutes.

The Anglican Diocese of Perth comprises of 104 parishes and one Cathedral, covering from Perth to Esperance and Eucla. Parishes are led by a Council of elected and appointed members, who with the ordained leaders, shape the mission of the local church community. 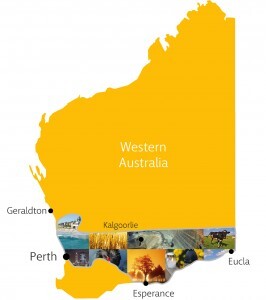 Each parish covers a defined geographical territory, and usually has one or more church buildings in which worship is conducted.

As part of our Anglican heritage, a parish has a spiritual responsibility towards everyone who lives or works within its neighbourhood, although people often travel across parish boundaries to the place where they find their sense of belonging.

In the Diocese of Perth, some parishes are the size of a few inner-city blocks, while others, in remote and rural areas, are the size of small European countries. Responding to new circumstances, a parish or ‘worshipping community’ may have a non-geographical identity, such as the Sudanese Worshipping Community which gathers at Holy Trinity Malaga. Close ecumenical ties make cooperating parishes possible, such as St Peter and Emmaus, Mt Hawthorn, a combined Anglican-Uniting Church parish.

Together, our diocese is Episcopally led by a Bishop and Synodically governed under national and provincial Constitutions. Our diocese includes the Metropolitical See (Perth) which supports and guides the Anglican Province of Western Australia, which includes the dioceses of Bunbury and North West Australia. The Province of Western Australia has its own Constitution, which allows inter alia for the establishment of a Provincial Council and outlines the process for appointing the Metropolitan See. Provincial Council generally meets twice per year in March and September.

The Archbishop is elected by a committee appointed by Synod, the parliament of the diocese. Synod meets annually to pass legislation and transact other business related to the governance of the Diocese of Perth.

The Diocesan Council has carriage of the business of Synod between sessions; as well as providing advice and assistance to the Archbishop on a range of matters including the temporal or business affairs of the Diocese.

The Perth Diocesan Trustees has responsibility for property and assets within the Diocese. The Trustees ensure that diocesan and parish properties are properly maintained and used in an optimum way, develop investment policy, and provide oversight of the management of trust funds. The governance of the Diocese is supported by the staff of the Diocesan Office, including the Diocesan Secretary, Chief Financial Officer, Operations Manager and Property Manager.

Other committees, commissions and boards take responsibility for ministries or tasks, as delegated by the Synod, Diocesan Council, Trustees or the Archbishop.

Nationally, the Diocese of the Perth is one of twenty-three dioceses of the Anglican Church of Australia. Elected representatives gather at the General Synod (national parliament) under the support and guidance of The Primate. One of the functions of the General Synod is to make canons and rules relating to the order and good government of this Church in respect of ritual, ceremonial and discipline. We also come together as Australians of faith with the opportunity to consider how we relate to each other as a fellow Christians in one national community. We have the chance to chart how we might be faithful in this society, in terms of its spiritual, moral and social welfare, for the time ahead.

Internationally, the Anglican Church of Australia is a province of the Anglican Communion, one of the world’s largest Christian communities, a family of churches in more than 165 countries.

Learn more about the Church

The Diocese of Perth is at the forefront of providing opportunities for lay, clergy, women, men, old, young to be fully involved at every level of leadership in the church, across Western Australia. 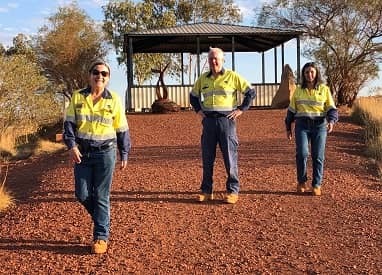 Is God calling you to Anglican ministry? All Christians are ‘called’ by God, and in that sense have a ‘vocation’. The Church takes all calls seriously, because we recognise the God who calls. 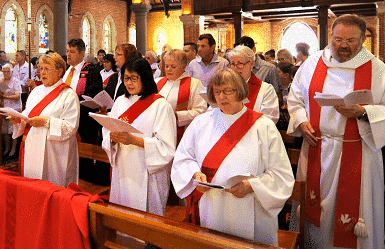 At the Anglican Diocese of Perth, we come to work every day because we want to build communities of hope, healing and transformation. Today, and every day we embrace service as the power of love with others. Come work with us! We welcome all people with generosity, joy and respect. 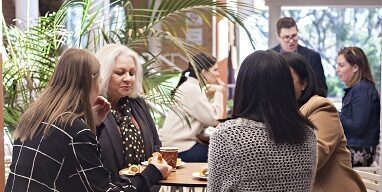